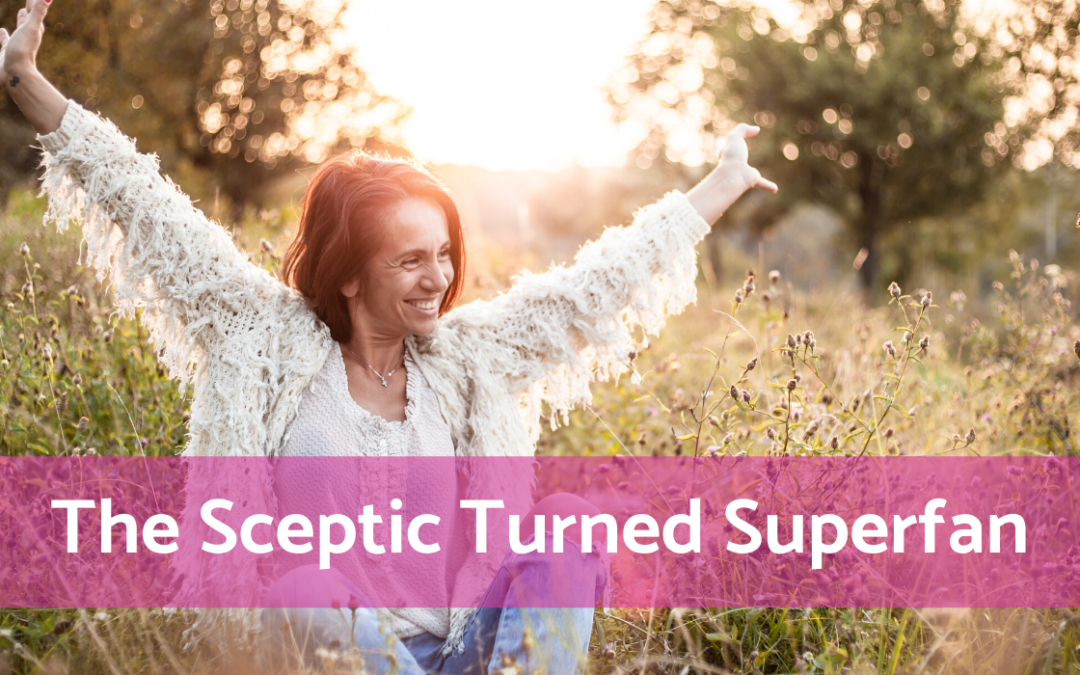 Rapid Transformational Therapy (RTT) is renowned for achieving sustainable results in a short period of time, which I know can sound too good to be true.

Alongside the claims that are made about RTT, there’s the unknown element that comes with the mention of hypnosis. Those TV hypnotists haven’t done us any favours at all!

What you really want to know is; ‘Does RTT Really Work?’

I have a series of interviews with clients that will answer that question; the first is with Marie Yates, a writer, social entrepreneur and self-confessed sceptic about RTT.

We started working together in 2017 and initially, you decided against the full RTT session. Are you happy to share the story of our first meeting?

Of course, I love sharing the story because I honestly believe that if I can experience such profound change by the initial work we did together and then the full RTT process, it really can work for anyone. I decided against the full RTT session to begin with because I was scared, it’s as simple as that. I had heard from someone I respect and admire that you were a person I could feel safe with and trust, but I needed to take it at my own pace and I’m forever grateful that you respected that. It didn’t matter how many people told me that hypnosis and in particular, RTT, was safe and that my brain wouldn’t simply throw horrible memories at me as soon as it could, I didn’t want to take the risk! It’s no secret that I’m a rape survivor and I don’t need to explain why the perceived loss of control and my own misconceptions about hypnosis were troubling me. Also, what I needed help with had absolutely nothing to do with me being a survivor!
In our first meeting, you listened as I told you that I was sceptical, that I didn’t think you could help and that I was on the edge with nothing to lose. Looking back, that was quite rude! Sorry!

Yes, I remember! I saw that you were frightened and that you couldn’t see a way out of the situation you were in, can you share a little bit about that?

I was living in a horrible situation, to put it mildly. In a bid to ‘escape to the country’ we had found ourselves in our worst nightmare, surrounded by people who, let’s just say, lived very different lives to us. We had to move but couldn’t see a way out.

For me, there was the added (totally self-imposed) pressure of having ‘followed my dreams’ and gone self-employed. It was early days and I wasn’t making much money which had a knock-on effect when it came to mortgages and all that jazz.

I remember saying ‘there’s no way out’ over and over again during our conversation and you asked me: ‘What if there was a way out? What could that be?’

Part of me wanted to shout that I had thought of everything, been through every possible option and nothing added up, literally. The other part of me saw, for a nano-second, a glimmer of hope. What if there was a way out?

You have said that you didn’t have the ‘full’ RTT session, so what did that mean to you?

I know the difference now! Having had RTT with you since the game-changer, I understand why it’s so important to do both stages. At the time, because I was so frightened of hypnosis, we talked through the challenges I was facing, what I believed my core beliefs to be and what I wanted. I was so focused on ‘getting us out,’ I hadn’t really thought about where we’d go!

Talking with you about what I wanted, the home I wanted to create, the environment I wanted to live in and the feelings and emotions that would come from living there was eye-opening. While my logical brain was still saying ‘you can’t buy another house, you’ll never get another mortgage’ and ‘you seriously think you’re going to sell this place?’ there was a small reprieve from the darkness.

I know that if I had experienced hypnosis at that point, I would have better articulated the dream house, I would have been much calmer and I wouldn’t have had that logical voice challenging everything I said.

You explained to me what would happen next, that you would send me an audio with everything I needed to help me, that I needed to take action on any ideas that came into my head and that I needed to listen to the audio at least once a day, twice if possible.

What did you think when I said that?

I thought that there’s no way on earth that a conversation and listening to an audio was going to sell my house and conjure up my dream home.
I have never been so wrong!

I did as you said, I listened twice a day, did my best to carry on and trust the process. After a random conversation at a local garage, two and a half weeks after we spoke, someone knocked on our front door and asked if we were thinking about selling the house.

After the couple had viewed the house on two separate occasions, they made an offer. We accepted. Seven weeks after you and I first spoke, we had instructed solicitors and we were officially house hunting.

That’s amazing, but you still had to find the new house, didn’t you?

In all honesty, at that stage, I’d have moved into a tent! Knowing that we were on our way meant that there really was hope. The impossible had happened. But yes, we needed a place to live. We had our wish-list which felt ridiculous and totally out of reach but we diligently went and viewed anything that could have been a possibility.

As anyone who has experienced the trials and tribulations of house hunting will know, it wasn’t all fun and games! We did put an offer on one place which was accepted. I was excited as it had a number of things that I had visualised when listening to the audio. On that note though, I never actually heard the audio all the way though as I fell asleep every time! It worked and I had some excellent naps, so it was a win-win!

We were gazumped. I was gutted. Our buyers understood and we started house hunting again. That’s the abridged version, there were tantrums.

Then, we found the dream. It had everything that was on our list. The owner was amazing and made the process as easy as possible and our buyers were pleased we could get the ball rolling properly.

Six months after our initial conversation, we were having a cuppa in our new home.

I love this story and the fact you diligently listened to the audio and took action. That’s not the end of the story though, is it?

No, I had found RTT so completely transformational that I wanted to explore a more personal shift. The house move is easy to explain as the move can be seen, literally. RTT was the only difference. I had spent two years trying to figure out a way that we could move and all that happened was that I became more and more stuck. Two and a half weeks of listening to the audio and the knock came at the door!

So, I wondered what could happen if I did experience RTT.

I had some lingering core beliefs that were less than helpful, things I struggled with and things I wanted to change. Being honest with you about those things alleviated my fears about hypnotherapy to a point but I either took the risk or I didn’t. I couldn’t imagine anyone I would trust more so it was now or never.

My fear was that the loss of control would scare me and trigger old memories. Yet, when it happened, I remember feeling immense relief. I was awake and I knew exactly what I was doing and saying, yet I was calmer than I think I have ever been.

My fear was that my brain would take me to places I didn’t want to go. Yet, when I was seeing scenes from my past, they were only relevant to the questions you were asking. The irony being that I ‘saw’ those things when I was coming up with all the reasons hypnosis would be a silly idea and not when I was under! The other incredible thing about the process was that it confirmed I was right… and I do love being right… my survivor status has nothing to do with some of the core beliefs that have held me back.

Another fear was that I would say something that would embarrass me or that I would cry. I say embarrassing things all the time so I have no idea why that troubled me so much. I did cry, at one point there were snot bubbles (too much information?), and yet I have never felt safer than when I heard your voice guiding me through the scenes and then reinterpreting them.
I can’t show you the results in the same way I can show you the new house, but in many respects the changes have been even more obvious. You were able to find the root cause and change the story that I had been telling myself for over thirty-five years. I listened to the audio diligently, I still do. I have had different forms of counselling, I have tried all sorts of personal development techniques and I am a stubborn person so I have tried willpower in different guises throughout my life. Nothing ever changed. Now, everything has changed.

Dare I ask, would you recommend RTT to others?

Nah! Only if they want their whole life to change for the better! I think that if you’re ready to take the leap of faith, listen to the audios and do the work, it can be the game-changer for anyone. You have the perfect blend of the professional techniques and understanding of the science behind the method with the personal touch that makes it safe to explore.
Thank you, Glyniss. 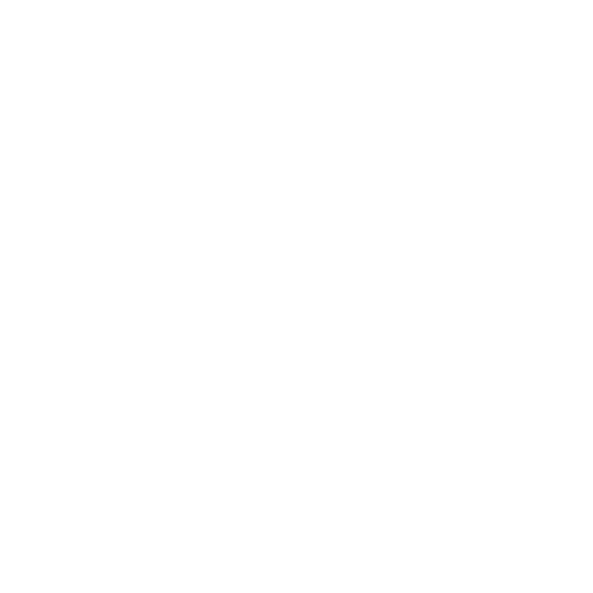 Transform your fear and overwhelm into confidence and empowerment. Manifest the business of your dreams with this free hypnosis audio. Enter your name and email below to access the audio now.

Please check your email for the link to listen to the meditation.

I'm a intuitive mindset coach here to help you create the life of your dreams through manifesting.

Enter your name and email address to sign up now!

You're in! Go check your inbox for instructions on what to do next and get the link to join the Money Mindset Challenge pop-up group.